Tokyo is gearing up for a number of redevelopment projects for the 2020 Summer Olympics. Shibuya,  a commercial hub of Tokyo, is one of them.

In 2011, the Tokyo Metropolitan Government tendered an ex-city subsidized residence site in Shibuya. (Miyashita-cho mixed use project) The plot, situated in the middle of Shibuya spans 5,020SQM.

After a year long process of finalizing a bidder, the city came to the conclusion that a consortium of Tokyu Corporation was to be given its mandate. The consortium spend the next 2.5 years working on its detailed design and acquiring government approval process and finally, the construction is set to begin the next week – March 30.  It will be 2 years long construction and the developer is eyeing for its grand opening in April 2017.

The development consists from office, mall, condominium and co-working space. The condominium is subject to leasing only. A single 16 story (71m) building is to host the entire facilities. 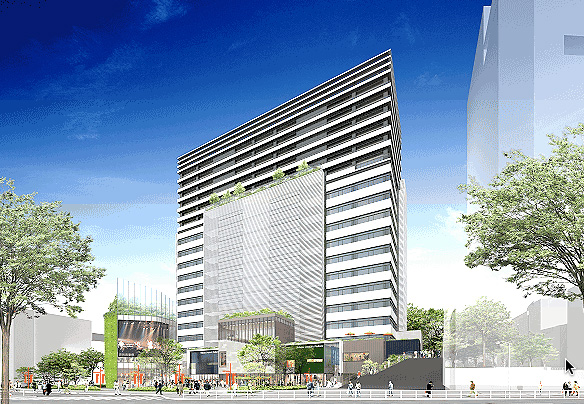