Non-Japanese population in Tokyo on rise steadily over the past years.  Majority of Europeans and North Americans live in Chiyoda, Chuo, Minato, Meguro, Setagaya, and Shibuya wards, showing a high concentration of expats in the central Tokyo region.

A statistics from the Tokyo Metropolitan Government (data analyzed by TAS, a property data valuation firm) also showed that the greatest number of European and North American reside in Minato ward and Shibuya ward respectively. 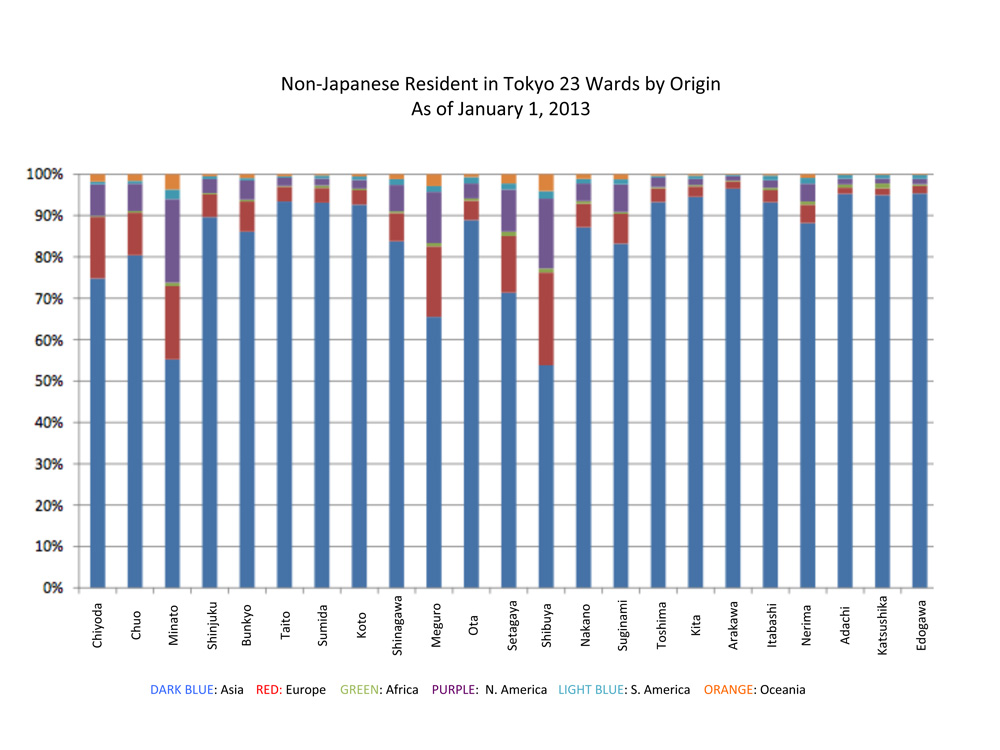 The expats tend to pay higher rate for rent than Japanese, pushing average rental rate of these wards.

Tōhoku earthquake and tsunami in 2011 caused a huge dip on a number of non-Japanese resident in Tokyo. But Asian population saw an increase from 2012 – the number is now greater than the pre-earthquake level. The rest of population is catching up – 2014-2015 saw a hike in population from the year before, but yet to reach the pre-2011 level. 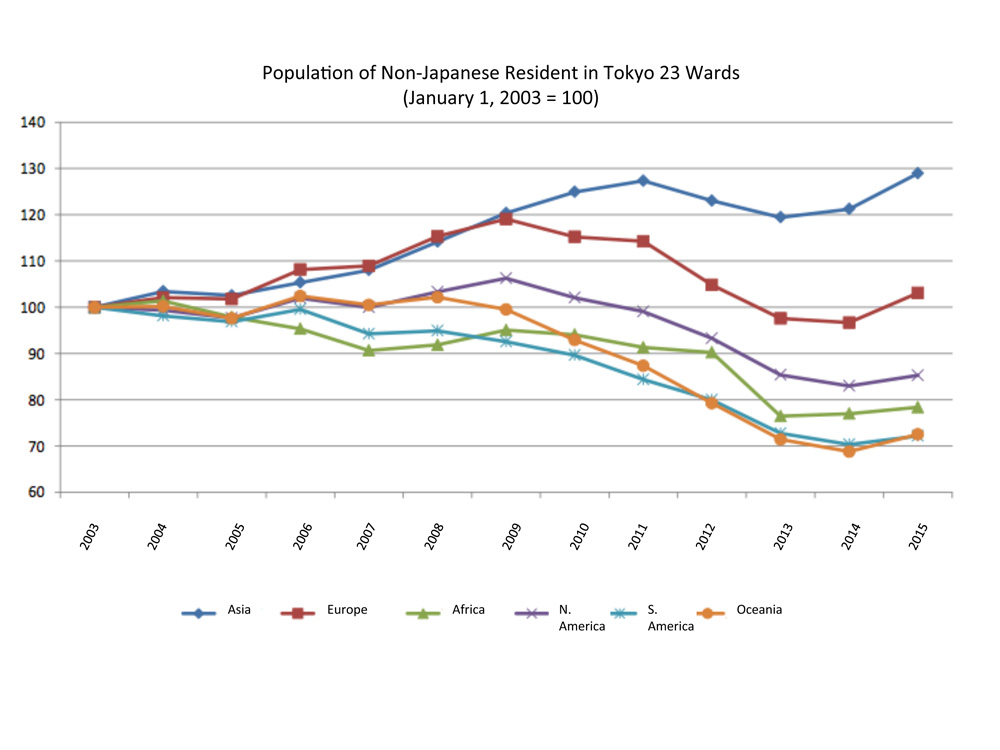