A widely recognized fact – Japan’s population has been decreasing for a decade. The number of Japanese newborns fell to 1.001 million in 2014, compared with 1.269 death. The government speculates that by 2060, nearly 40% of the population will be aged 65+.

How does it affect to the real estate market in Japan? Where to  buy property in Japan? Let’s observe the population projection of Tokyo and Osaka. The bottom line – know where you are buying. 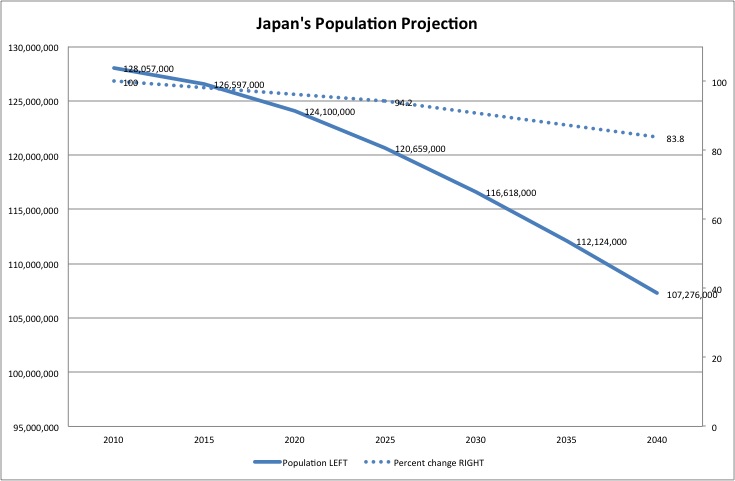 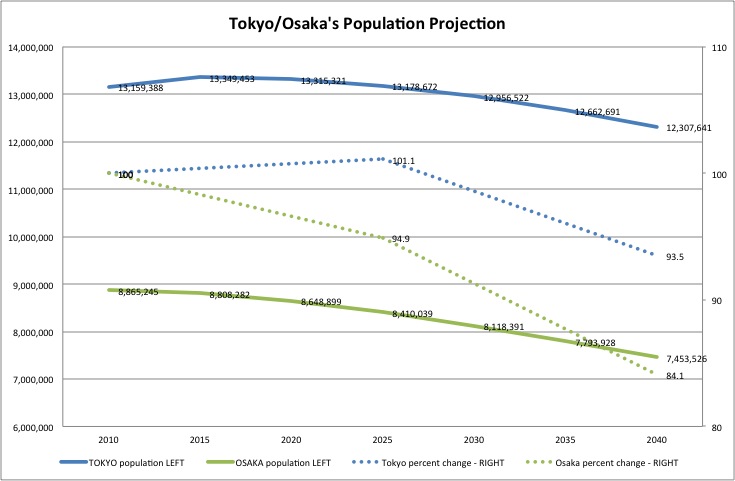 But if the area is narrowed – ups and downs become visible.

One of the center wards, Chiyoda (orange), Koto (blue), Chuo (purple), and Minato (red), will enjoy a sustainable growth of population for the next 25 years. 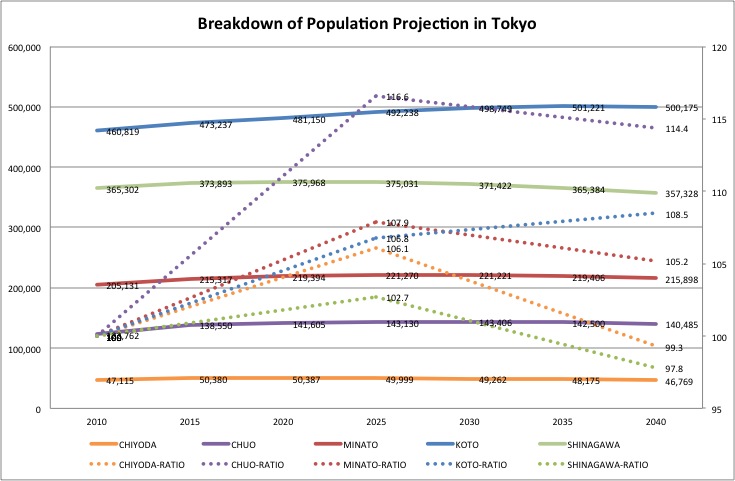 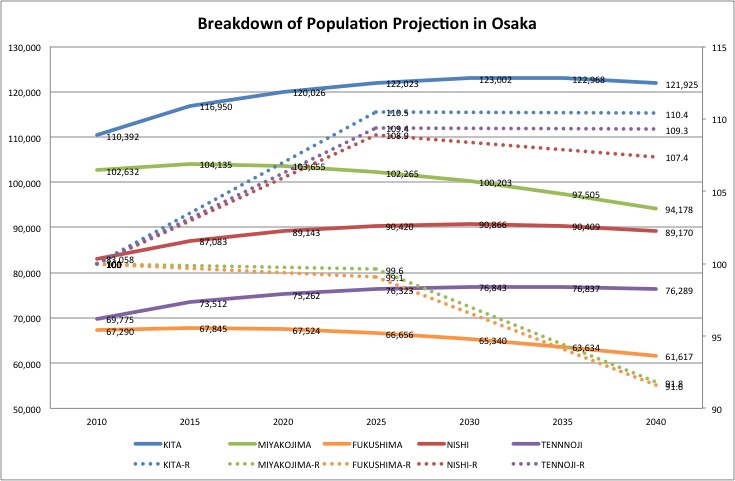 Conclusion – if you are to buy a property in Japan for investment – buy in the center, where the population growth is promising and thus, a prospect of sustainable capital gain and income gain.